Diversification the key to economic prosperity in Kuwait

Diversification the key to economic prosperity in Kuwait 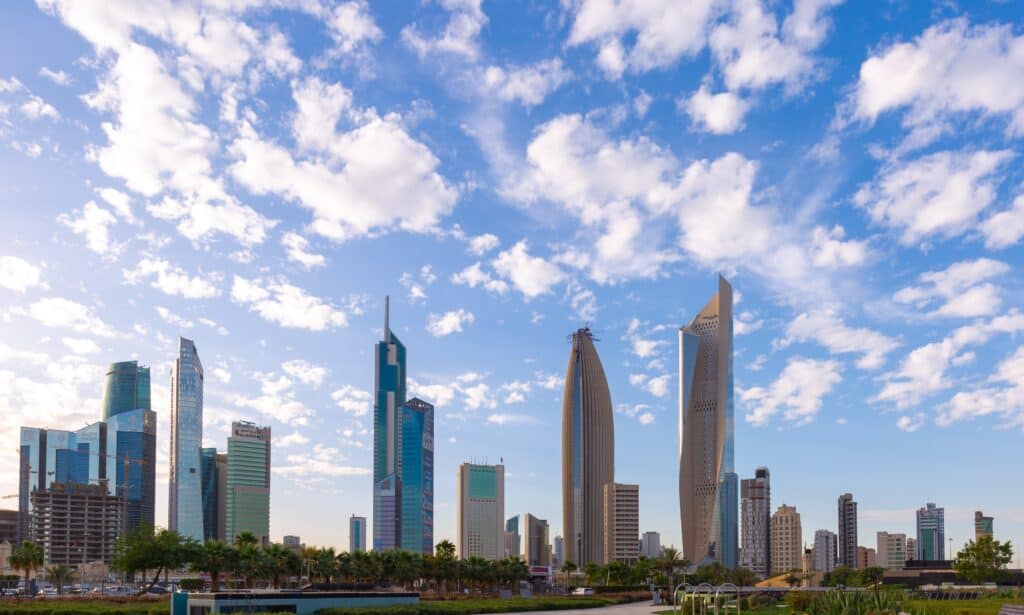 The small nation of Kuwait sits at the top of the Persian Gulf, nestled between Saudi Arabia to the south and Iraq to the northwest. With a land area of around 17,88 sq kilometres Kuwait is about the same size as Hawaii. The Arabic speaking population numbers approximately 4.7 million and more than 3.1 million live in the capital, Kuwait City. The rest of the country is sparsely populated desert.

Despite its relatively small geographic size, the Kuwait economy has a GDP value of about $USD 137 billion as the nation sits on approximately seven percent of global oil reserves. The Kuwaiti economy is in good shape with growth rates nearing 3.5 percent annually as the post-pandemic economy reboots, and the political situation is stable. The government is considering some reforms of the tax system, including the introduction of a VAT; but this is not expected to be a barrier to foreign investment.

Diversification is the key

Like many of its MENA and GCC neighbours, Kuwait is rapidly adapting to the digital world. The World Bank considers Kuwait to be a high wealth nation. Young, modern Kuwaitis are keen to enjoy the benefits of the affluent middle class, and this is reflected in consumer spending, which generates demand for important luxury goods.

In general, Kuwait has an economy dependent on petrochemical exports; but this is changing as the nation implements its ‘Vision 2035’ initiative to explore opportunities in banking and global finance. Business reform is aimed at making non-oil investment attractive to foreign capital.

In line with many of its regional neighbours, Kuwait’s economic modernization involves diversification into manufacturing, financial services, and critical environmental infrastructure. Transport, tourism, hospitality, and entertainment are also targeted for growth in coming years.

Kuwaiti business law does require foreign investors to have a local partner who controls 51 percent of the invested capital. For this reason, many investors might consider short-term projects managed through a local agent, rather than attempting to establish a permanent office. However, as part of its program of business reforms, the government introduced new measures in 2016 to allow direct foreign investment via a licencing system managed by the Kuwait Direct Investment Promotion Authority (KDIPA).

Establishing a foreign-owned and operated business in Kuwait is not especially difficult. The process and procedures mandated by Kuwaiti law are in essence very similar to those operating across the MENA region and the Gulf states. Approvals are needed from a variety of government agencies mandated to ensure business compliance with tax and employment law, construction permits, import licenses, banking, etc.

One additional step that does not apply in other Arabic-speaking nations is that somebody hoping to establish a business must join the Kuwaiti Chamber of Commerce and Industry. Membership of the KCCI is a prerequisite for bidding on government tenders, accessing finance capital, and for gaining access to certain Ministerial offices.

If you are seeking to export consumer or capital goods to Kuwait, you will need an import licence from the Ministry of Trade and Industry. These are issued annually and cover multiple deliveries. However, a word of caution; most of the Kuwaiti government websites are primarily in Arabic and links to English translations do not always work. Hiring a knowledgeable interpreter to help you navigate the Kuwaiti bureaucracy is a smart move. 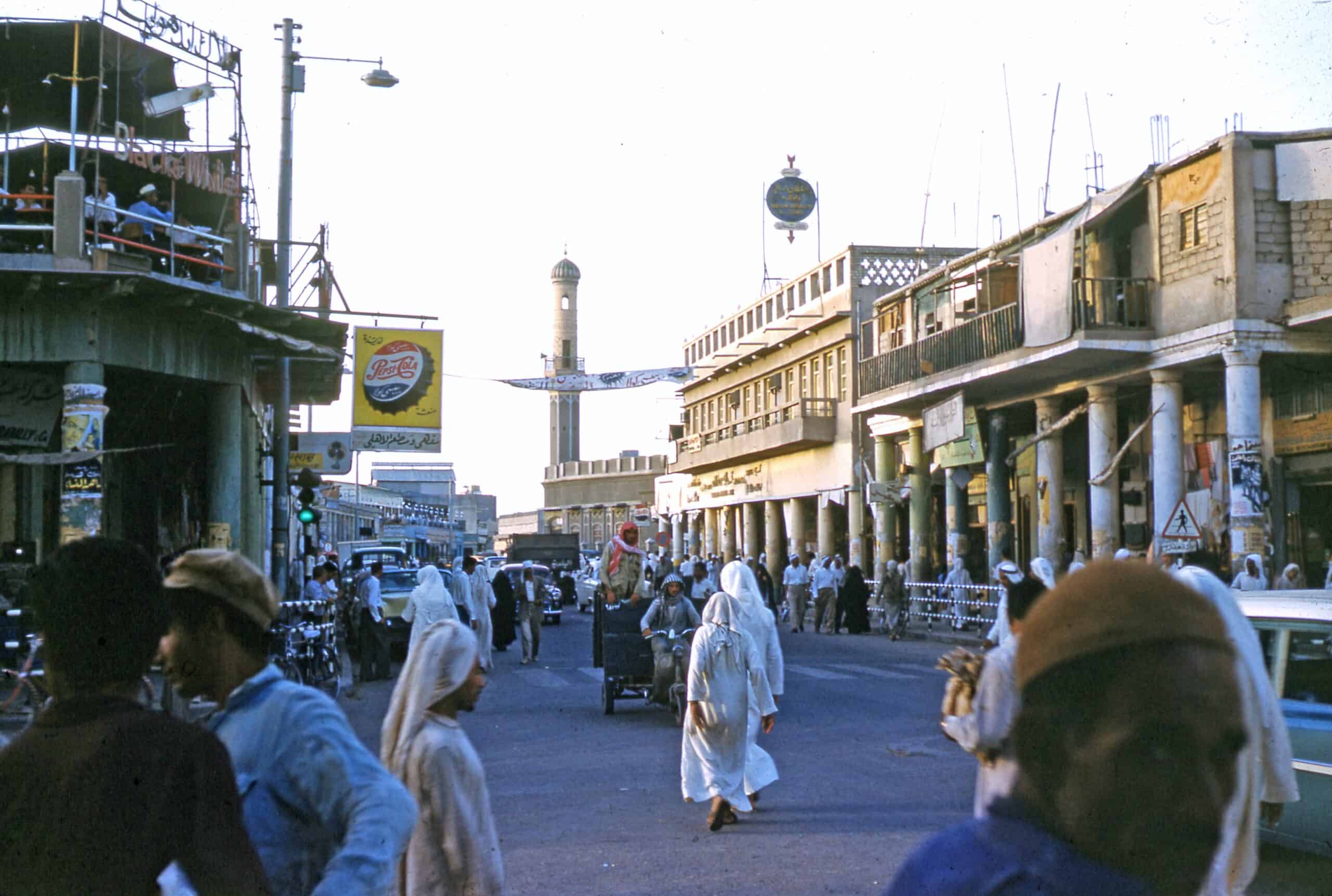 Photo by Brett Jordan on Unsplash

Kuwait is a friendly and hospitable country from visitors and expats. Kuwait City offers a rich mosaic of modern convenience, innovation, and traditional Islamic custom. The population is young, relatively well off and loves to consume the latest Western brands and technologies.

The most important aspect of doing business successfully in Kuwait is to acknowledge and understand the importance of Islam in the daily lives of most Kuwaitis. While not as strict in observance as some other Arab nations, Kuwaitis will normally pray five times a day and structure any business meetings around these key times.

Familiarity with this will help build good relations and help the business traveller avoid embarrassment. Patience is also its own reward. Nothing happens quickly in the business world across the MENA region, and Kuwait is no exception. Negotiations may take time and will often not start until your hosts feel they have got to know you and that you can be trusted.

Language can also be a barrier. While many educated Kuwaitis speak good English, all official documents, including contracts are written in Arabic. When a translation is provided, any dispute will be resolved by reference to the Arabic version. It is polite for foreign business visitors to have at least a few words of Arabic—basic greetings and answers to small talk question like “How are you?”—a good interpreter/translator is also helpful, particularly to read the fine print in contracts.

Men will often shake hands in greeting, but women do not normally respond with any physical contact. In business settings, first names are not used, and the appropriate honorific should be used in all cases. Business cards should be printed in English and Arabic. They are presented with the right hand.

As is common in the region, men are expected to wear a good quality suit that is lightweight enough to cope with the heat. Women should always dress conservatively and, while a head covering is not compulsory, carrying a scarf that can be worn if required is a good idea.

Presenting your host with a gift on arrival is not expected, but it would be welcome. However, it is customary to open gifts in private after the guest has left; so don’t be insulted if your guest doesn’t enthusiastically unwrap what you’ve brought them. Remember, no alcohol or pork products.

Overall, Kuwait is open for business and welcoming of foreign investors. It takes time to enter the Kuwaiti market and having a local partner is very advantageous. Having a commitment to learning a few words and phrases in Arabic before you travel will also make a good impression on your hosts.

For assistance and further advice get in touch with Middle East Connect and Cultural Advisors. 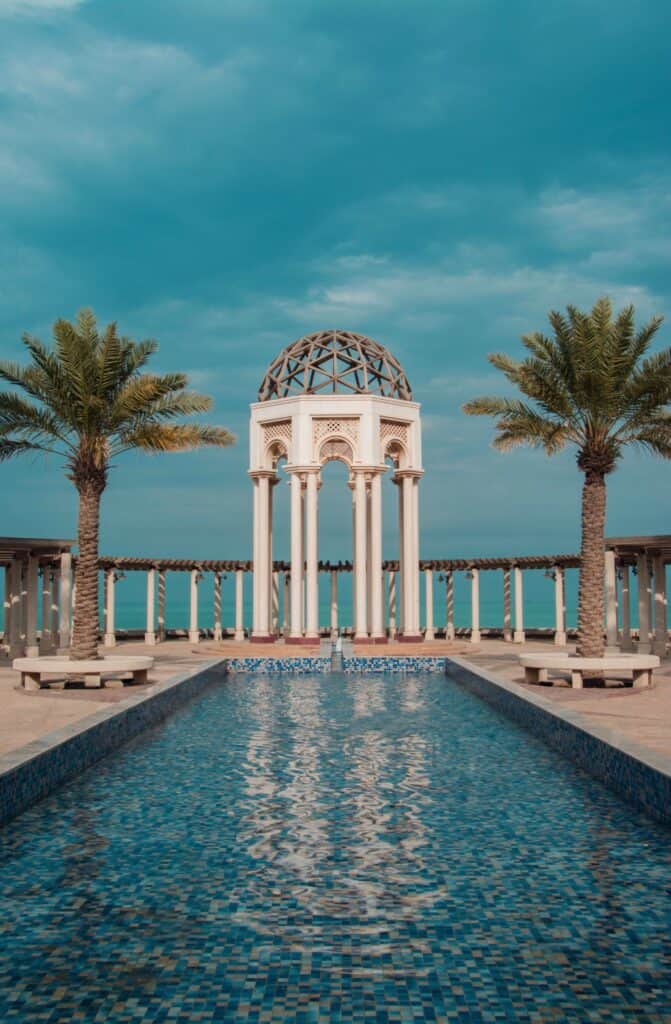 Photo by Mohammed Katib on Unsplash