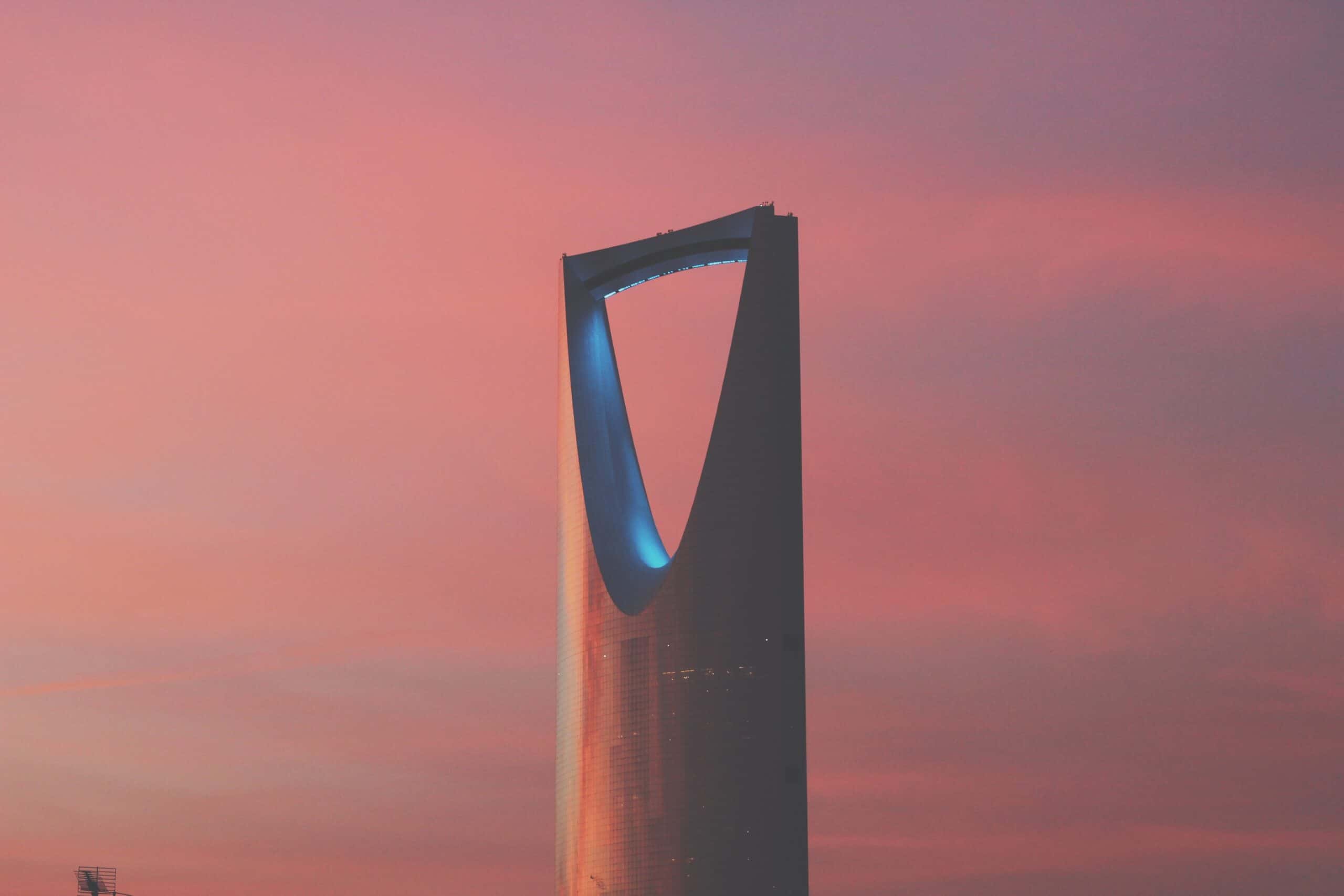 Saudi Arabia’s location on the Arabian Peninsula makes the nation a strategic staging post for trade between Europe, Asia, the Middle East and Africa. Saudi membership of the G20 is recognition that despite its relatively small population, it is among the world’s most powerful economies.

Saudi Arabia has ambitious plans for the future

International business opportunities are opening up in Saudi Arabia under a 10-year plan called Saudi Vision 2030 initiated by Crown Prince, Mohammed bin Salman Al Saud. This plan is a roadmap to the opening up the Saudi economy, create employment for Saudi citizens, to diversify the national productive base, and move towards private sector-led growth. The 2030 vision is to bring the Saudi economy into the 21st Century and to ensure that Saudi Arabia is welcoming to global investment.

However, taking advantage of the relaxation of rules around foreign business operations requires a good understanding of Saudi culture and customs.

The Kingdom of Saudi Arabia is one of the largest economies in the Middle East with a population of 34 million and GDP per capita around $25,000.

There are trade and investment opportunities in Saudi Arabia in oil and gas, which have long been the backbone of the economy. However, since Vision 2030 plan was introduced in 2016, international investors are being encouraged to look to transportation, health, tourism, education, mining, water, and energy. This is in line with national plan to reduce Saudi reliance on petrochemicals and boost diverse sectors by introducing reform across the labour force, government regulation, digital accessibility and Saudification of employment. Saudizing the labour market represents the goal of ensuring that all Saudis are able to find work.

Through the Ministry of Investment in Saudi Arabia (MISA) the government is committed to its economic reforms and smoothing the path for increased foreign investment. An investment licence for foreign nationals now takes hours instead of weeks to be processed thanks to the digitization of Saudi business culture and regulation. Overseas investors can establish their own entity or engage a local agent, which is a good way to test the market without committing to an expensive physical presence in the Kingdom.

The Crown Prince is also known as the Protector of the Two Mosques—Al Masjid Al Haram in Mecca and the Prophet’s Mosque in Medina—which are among the holiest sites in the Muslim world. This is important to know because Saudis take their religion very seriously and you might ruin a business relationship through culturally inappropriate behaviour, language or gestures—even if you don’t mean to be disrespectful.

It pays to be cautious and follow the travel advisories issued by the Department of Foreign Affairs and Trade. The standing advice for Saudi Arabia is for business travellers to ‘take sensible precautions’ and to register with the nearest Australian embassy.

Individuals should take sensible precautions, dress and behave conservatively, strictly observe Islamic customs and ensure that travel documentation, including passports and any necessary visas, for themselves and their dependents are valid and up-to-date. 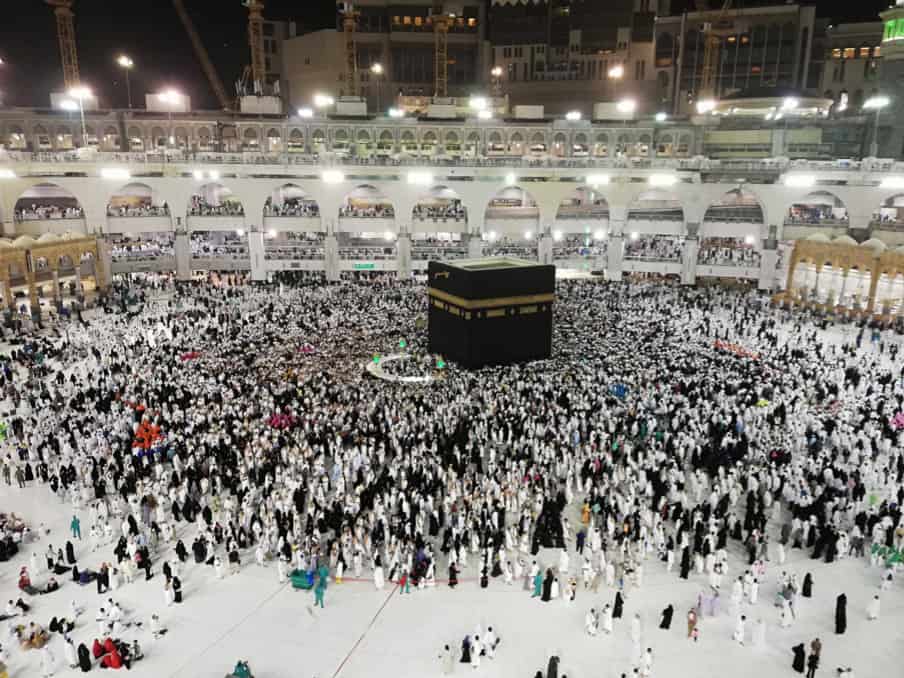 Pilgrims at Mecca, a central holy place in Islam Photo by Shams Alam Ansari from Pexels

Alongside economic reform, sits a process of social reform; including changes to Saudi Arabia’s formally strict system of guardianship for women, which prevented them from having a role in public life and even meant they could not drive themselves. The wali system of guardianship rules has been relaxed in recent years which has opened up new avenues for women to work and socialise outside of the home and family.

Saudi society is built on hierarchies of respect and only senior executives have the capacity to make business decisions, so gaining access to the real decision-makers is crucial. This means showing appropriate levels of respect and deference. In meetings always address the most senior person first and address your remarks to them. In Saudi business culture, silence indicates that the person is thinking—contemplating what you have said—therefore, you should not feel anxious in this moment and attempt to fill the gap in the conversation. Patiently wait for your counterpart to respond.

Because Saudi Arabia is a devout Muslim nation, allocated prayer times should not be interrupted, so plan your business meeting schedule accordingly. The holiest day in the Islamic week is Friday, so it is best to avoid setting any business appointments on that day, though socialising at meal-times is okay—if you don’t talk business!

While we’re on the subject of talking, there are two issues that it is best to avoid; yes, no prize for guessing that they’re politics and religion.

The free city of NEOM

One unmissable sign that Saudi Arabia is slowly liberalising some of its social attitudes is the planned new mega-city of NEOM on the shores of the Red Sea. Not only is this a city where Western-style freedoms will permitted—such as the open consumption of alcohol—NEOM has its own social media accounts @NEOM on Twitter.

NEOM is planned as a tourist hub and a sustainable city built from the desert floor. The Saudi government has pledged $500 million and is seeking almost as much in foreign investment to develop and populate this mega-city that will cover an estimated 17,000 square kilometres—that’s about 33 times the footprint of New York city.

According to early visions and media reporting, the Saudi government has ambitions for the city to be a global centre of commerce, education, tourism and innovation; with flying robot cars and all manner of futuristic gadgets serving a cosmopolitan population of locals and ex-pats.

NEOM is described as a revolution in urban living and a city that will not have cars or roads, and which will be able to boast zero nett carbon emissions. The planned city will be built in a linear design that is 170 kilometres long connecting smaller city modules, powered by clean energy, and linked by powerful artificial intelligence.

In May 2021, Crown Prince announced construction would be starting on the city, to be called The Line and he outlined a 30-year vision for the site.

“By 2050, commute durations will double,” he said. “By 2050, one billion people will have to relocate due to rising CO2 emissions and sea levels. 90 per cent of people breathe polluted air.”

Saudi Arabia is an exciting business destination for the clever entrepreneur or business executive willing to take a leap of faith and enter one of the globe’s thriving and ambitious economic kingdoms.